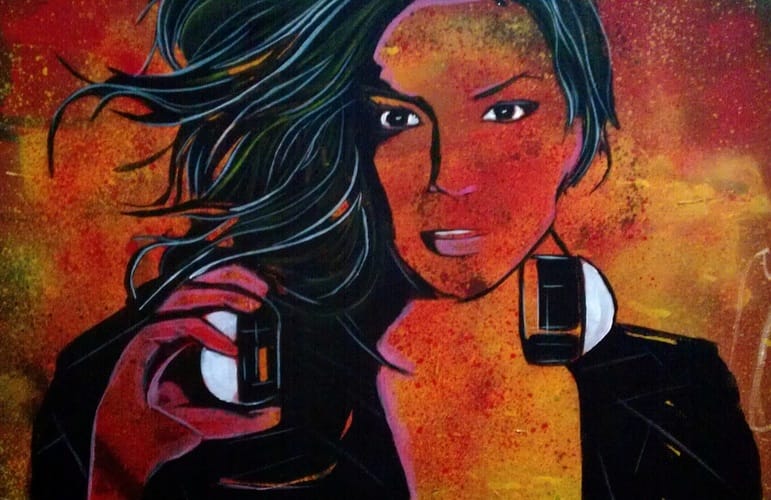 Image authorized to Eva Dowd Productions by asanchezdesigns.com
Music Aficionado, Lover of Art and Nature. Passionate about Living a Life Less Ordinary.
I have always been a lover of music , I remember stories my Mom would tell me stories me of me just a toddler snapping my fingers and screaming with glee when my King of the Road was played , Mom was an avid Country Western fan and that was the earliest  introduction music .

My journey in music  promotion began almost two  decades it began by my desire to help a musician  friend out , I was beyond clueless  this was long before Social Media was a part of our everyday life .  He was Indian living in UK I being naive just assumed well of course his fellow country men  would love him and that began my submersion in the Indian Indie Music Scene . Today and  I  am fortunate to have met thousands musicians from every corner of the globe bond with Music fans and know in my heart Music really does you unite us all.

All my time as been donated ,  I truly believe we each have songs that are cherished memories  , my reward is maybe you finding song that becomes part of the musical memory of your life .
Located in Boston, MA  with my original  focus  started in promoting Musicians  in India , then Pakistan ,the Middle East  and beyond.
My efforts in sharing the message of Rock  Music with the World from countries where rock music is often not accepted and even banned earned me being awarded Music Champion of the Year in 2010.

﻿Just a Few Highlights from my Life's Passion Helping Artists . The List  is Endless....  the Memories are  Priceless....
To myself  and the Musicians  and their fans Rock Music is not a type of music, but a way of life. ​