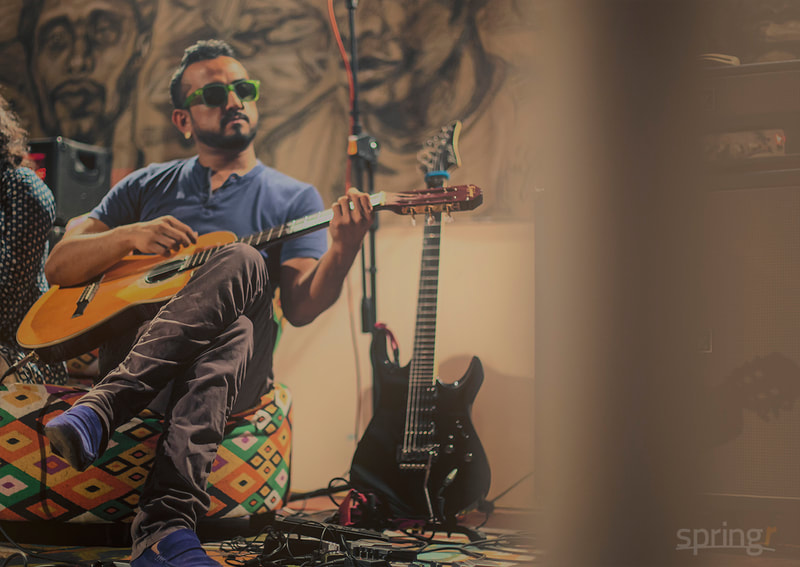 Eva Dowd International has been the proud  International promoter and friend  of Sanjeev T for over a decade, I have had the pleasure of spend a week with A.R. Rahman cast when Sanjeev toured with them in the USA.  Sanjeev is the one of the most diverse and talented Musicians I have met on this amazing journey and will be forever grateful for his introduction to the Indian Indie Music Scene.

Together with his Rainbow Bridge Studio Eva Dowd Productions co-produced Sanjeev's  The Free Will Project.

​Bure Khayaal: love, death and rebirth. Bure Khayaal is the latest from Sanjeev T's album 'Future'. The song isn't just about the negative thoughts that plague us, but is also a mirror that reflects the cultural relevance and priority given for mental health awareness. The music video is based on true life events and narrates a story of love between two women, and how the death of one that led to the depression of the other. Like with all things, life finds a way. The protagonist overcomes the dark times, growing strong as she navigates life through unprecedented times of darkness and loss.